The Shell Eco Marathon is a national challenge designed to encourage the creation of fuel efficient and alternate energy vehicles. The event is in a pseudo-race format. Teams are tasked to go the furthest distance using the least amount of their chosen fuel. Options include battery power, Hydrogen gas, gasoline, solar and other more abstract alternate energies. Darien High School has participated in the challenge in past years numerous times. Last year, the Hydrogen Fuel Cell car placed eleventh in its division, spectacularly out-driving several college institutions.

In the 2016 rendition of the Marathon, Darien entered with a brand new Hydrogen Fuel Cell, which was generously donated by the Darien Technology Foundation. The class improved their ranking dramatically, finished 3rd place in its division. The class hopes to improve this standing yet again with a redesigned car and better racing strategies for next year’s marathon.

On April 26th, 2017, the Darien high school team participated in the Shell Ecomarathon held in Detroit. The developed vehicle managed to pass inspection, and was able to achieve a respectable rate of fuel efficiency before encountering problems with the fuel cell. Overall, the team managed to perform very well in the competition, earning a spot at 4th in over 100 teams participating. In the future, the class would like to avoid such problems inhibiting our success, and plans to be even more successful. 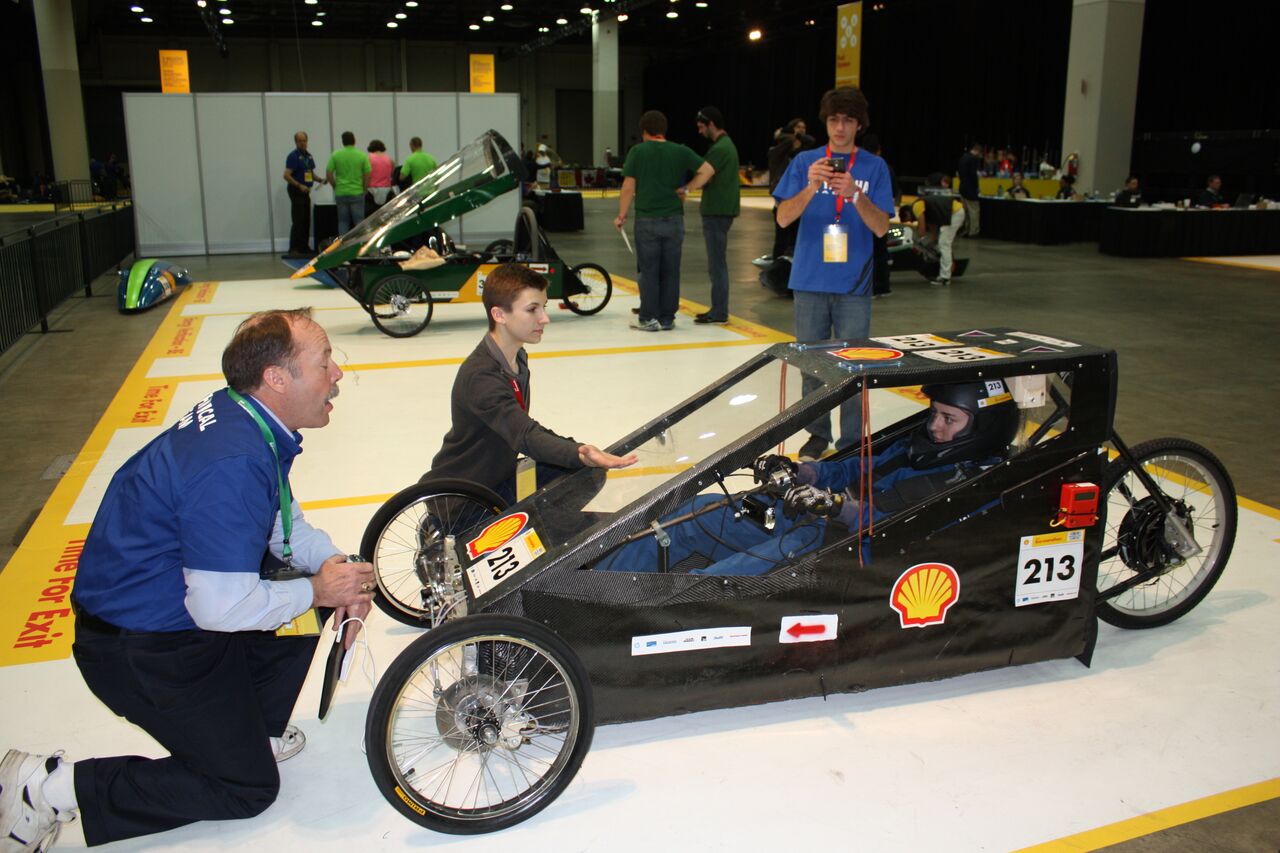